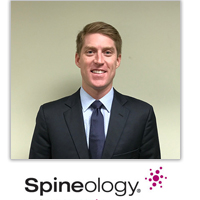 Out of college I started as a Tech Rep for adidas before advancing to a Running Specialty Sales Representative for adidas. I left adidas to serve as a training partner for an US Olympic track and field athlete. I then coached NCAA D1 cross country and track and field. Finally I opened my own specialty running retail business as well as a race management and chip timing company. I sold both of those companies and decided that medical device sales was where I wanted to go next.

I wanted the opportunity to be in the highest profile sales career I could find. I wanted to learn and grow and be around other people with the same mindset that would continue to help push me to grow personally and professionally.

I sold my business in March, begin MSC in April, and had a job with Spineology in May.

My cousin’s husband, as well as several other people I knew, attended MSC and felt that they had learned a lot and ultimately had jobs in the industry and had been successful.

Did you have any fears about attending the School? What were they?

I spoke with about 40 people in the industry. I asked those that had not attended MSC what their views of MSC were. I asked those that attended what their experience was. I also made sure to speak with those who had both found jobs immediately after graduation and those that were still searching. To a person the responses were positive. While some may have been hesitant to say that I “had to go to MSC” they all seemed to value the experience and knowledge gained from the school as well as the platform that allowed them to go to work as a job seeker post graduation.

The “drinking from the fire hose” analogy would probably fit. I learned a great deal of information in a short amount of time but within a week I was having conversations with my wife about what I’d learned or even what I’d missed on a test and it was apparent to both of us that I’d made the right decision on coming to MSC. After 6 weeks I felt very comfortable having conversations with business and health care professionals. I knew that, after the program, I could “hold my own” in that sort of setting.

I was fortunate that Spineology sent 2 of their new hires to Tampa for the Spine program and was introduced to Spineology through them. I had a few conversations over the phone that were mostly “get to know you” sort of conversations. From there I had dinner with the Regional Manager as well as the local Territory Manager and by the end of the dinner I had the assurance that an official offer was forthcoming.

What from your training did you specifically use during the interview process that ultimately helped you land your position?

While we did talk about what we were learning at MSC, my conversations were just trying to get a feel for who I was, how I handled myself over the phone as well as socially, and then his assurance that I had the recommendation from 2 of their new hires.

I am just beginning but I will be doing some case coverage all across the south. I have done both product and sales training at our home office, though, and the plan is to build me into more of a Territory Manager type role over the next several months.

It’s a great way to not only get into medical device sales, but to get started on the right foot so that some of the pitfalls that can start your career in the wrong direction can be avoided.