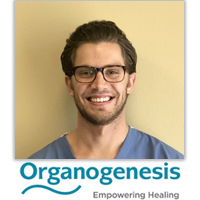 For a long time my goal was to get into medical school. Because of this, the majority of my background is clinical versus someone with a traditional sales background. I have a BS in Chemical Science and a Master’s in Public Health. Prior to attending MSC, I spent 3 years working in a hospital as a patient transporter.

I became interested in medical sales after discovering the clinical aspect that comes with selling medical devices. I like the idea of coaching doctors through procedures as the expert on your product. It's also rewarding to sell something that can be so impactful for someone else’s life.

Close to a year.

After reading some of the testimonials, getting on a call with Scott Binder, learning about placement services and seeing the placement rate for graduates, I was sold.

My training at MSC far exceeded any expectations I had coming into the program. Instructors were extremely knowledgeable and realistic when conveying details of the lifestyle and workload in medical device sales. I was consistently forced out of my comfort zone and it only served me well when going into the interview process. Whenever I’m asked about my experience at MSC I always say that “you get out of it what you put into it.” I put in a tremendous amount of work during my time at MSC and its because of that I feel I gained so much from it.

I think more than anything MSC gave me a sense of confidence that was evident to interviewers as I went through the hiring process. The sales training provided by Jim Rogers was top notch and it allowed me to sell myself better in the interviews. I was able to create a chute selling outline for an Organogensis product that I pitched to the hiring manager and the rep that I will be training under. After my pitch, the rep looked at the hiring manager and said, “THAT is how you sell PuraPly!” I did nothing more than put into the play the skills and techniques that I learned at MSC.

Extensive! A recruiter from Organogensis found me on LinkedIn and scheduled a phone interview with the hiring manager. About a week after that I met with the hiring manager and current rep for a face to face interview. I was then asked to complete a Sales Genomix Test (personality test.) The next week I was scheduled for a ride along in the field with the rep. At this point, I asked for the position and was told I’d be hearing from either the hiring manager or recruiter early the next week. When the call never came, I reached out to the recruiter and she informed me that they had moved forward with another candidate. The next week I received an official email saying I was no longer being considered for the position. I was also interviewing with Zimmer Biomet so all hope for employment was not lost! A few weeks later, the recruiter from Organogenesis called me again to see if I had taken another position yet. The same day I had a phone interview with the VP of sales for the region. Later that same week I had a webcam interview with HR. After about a week of waiting for my drug screen/background check to be finalized, I received a call from the hiring manager offering me the job. The next week he made the official offer and offer papers followed a couple of days after. I began the interview process in mid January and the offer didn’t come until late March. A very LONG and taxing process.

MSC provides students not only with the knowledge and technical aptitudes to be successful in the industry, but also with the skills and techniques to break into it. Graduating from MSC allowed me to secure more interviews in 3 months than I had in an entire year of trying to break into the industry on my own. Not only did I get the interviews, but I was also very successful in the them because of the preparation that came from attending MSC. If you are someone that lacks a traditional sales background like me, then having MSC on your resume can be the key difference maker in getting into the field. It is becoming recognized by more and more hiring managers as a tremendous asset to have an MSC graduate on their team.

I wish I had familiarized myself better with the interview process. I had extensive interviews with multiple companies spanning over several months and that wasn’t at all something I had expected when I began my job search.